A Suitcase for Stories 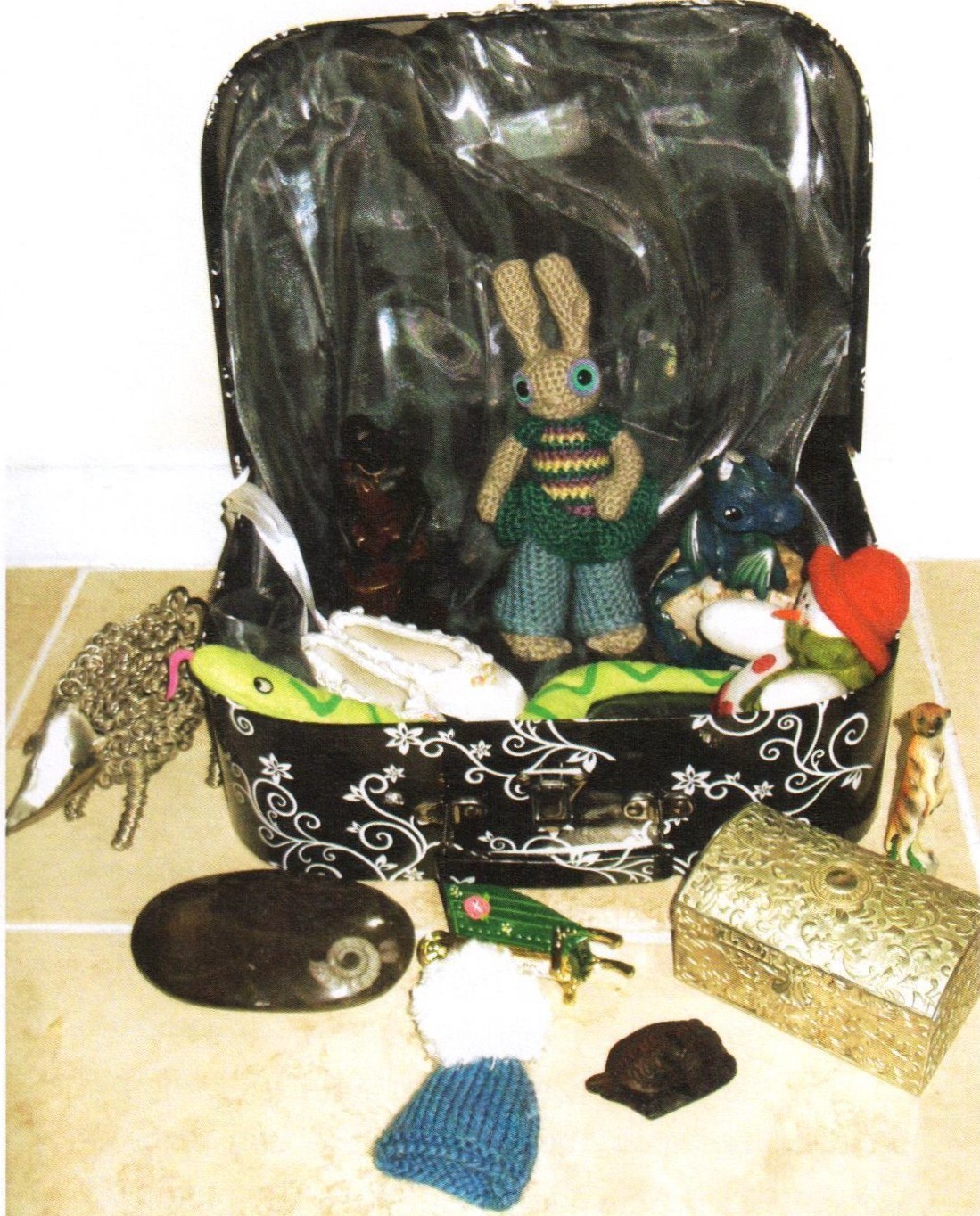 A few years ago, I read “The Boy who Would Be a Helicopter” by Vivien Gussin Paley. This was her description of her work in Chicago around storytelling and story-acting. She describes how she worked with children to “scribe” their stories, recording them word-for-word as told by the children. The story was then acted out by the child and friends to the class.  The interest in her approach has grown and developed and has been presented in a variety of ways with children. I was particularly interested in an approach by Theatr Iolo that involved using a small suitcase with a prop inside to act as a prompt for the beginning of a story.

The objects selected for the suitcase were designed to arouse children’s interest and spark their curiosity. In finding items for my suitcase I looked for real objects that had a range of textures and features that children would find fascinating. I have used the suitcase in a variety of settings, and have found that there needs to be a real sense of relationship and trust between adults and children before children begin to trust us with their stories.

There is usually a special spot identified as the story telling place and making this feel special and look attractive is an important starting point. The suitcase is opened carefully to reveal its beautiful silky lining, holding one object to begin the story process. Before the story telling starts the child’s name is written on the top of the new piece of paper.  Great care is taken to write this correctly with children often loving to have their full names written across the top.

Sometimes children need help to get started and it may be helpful to ask “how would you like your story to start?…Once upon a time?….. Once there was….”.  Sometimes children need a little more help before they can feel confident with the story telling process and one or two open questions can help. “what did the dragon do next?”.  I have found that the children who are very familiar with stories and books tend to need no such help and will fly away with their stories, making it difficult to keep up with them!  Asking them to give you time to write their words usually does the trick as they will patiently remember exactly what comes next!  And they will always let me know if I have recorded the story incorrectly!

Vivien Gussin Paley was very clear about how the stories should be recorded to ensure they remain the child’s and no adult editing is applied:

“My role in the process is made clear from the start. First, I enable others to hear the storyteller by repeating each sentence as I write it down. This also gives the storyteller a chance to correct me if I am in error, or to change the contents of the story if another idea comes to mind.  I question any aspect of the story I might misinterpret – any word, phrase, sound effect, character or action that does not make sense to me without further explanation.”

After writing the whole story, it is always read back to the child as whole story allowing them to hear how the rhythm and pattern of story-reading comes through as a unique form of communication.  In some settings the pattern of acting out stories also follows on from the writing. But sometimes (and in the examples below) I just added them to our own story book which lived in the book corner.

It’s a wonderful privilege to hear and share children’s stories. If you are inspired by the little suitcase and its intriguing contents why not have a go. You’ll be amazed at the stories that are created by children.  I love how the little bits of real life are mixed up with their own favourite stories.  Having the suitcase and a few little props has proved to be a great catalyst for children’s stories, if you try it why not let us know some of the gems that you get to hear? 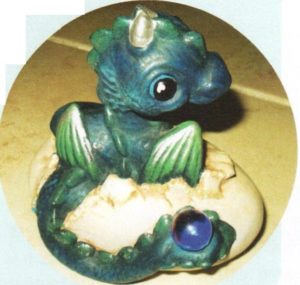 Noah’s dragon story (Noah’s story was written all in one sitting as he loved the suitcase and wanted to get his whole story written quickly so he could hear it back.)

Once upon a time there was a dragon and he popped out of the egg. And then he was guarding his precious jewel  and he saw a water giant coming out of the lake to capture his jewel. “No” shouted the dragon “I’m going to splash in the water and throw it on you and you will go under, down, down, down, under the water.” The water giant said, “I’m going to eat the jewel because that’s my dinner and I’m gonna eat it all up and have ice cream when I eat it all up”. And the dragon put the jewel in his egg and shut the lid and that water giant didn’t get it. The End.

Sarah’s ballet shoes (Sarah loves dancing and so immediately wanted to tell a story about the ballet shoes. She also told the other children what they were as many had no idea.)

Once upon a time a beautiful princess was getting ready to go to the ball. She had a beautiful dress and beautiful hair and her mummy said “you shall go to the ball”. And the fairy Godmother came and said “here are your beautiful ballet shoes. But you must be home at midnight.” And Cinderella went to the ball and the ballet shoes danced and danced and then the ribbons came off and she ran down the stairs and felled over and the fairy Godmother said “whoops a daisy, up you come, kiss it better”. And the beautiful princess went home and then the prince mended the ribbons and they loved happily ever after” 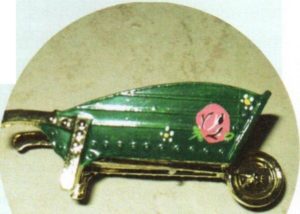 Sam’s wheelbarrow story (Sam spends a lot of time with his Grandpa, who has a huge garden. He came back a few times when the story was being written to add more to it.)

Sam said “Grandpa push me” and Grandpa went round the garden and ran fast and Sam said “faster” and Grandpa put leaves in the wheelbarrow and a magic stick. And when Sam waved the magic stick  Grandpa said “hey!” and when he went “hey” he turned into a stick man and I can’t believe when I said “hey” it made Grandpa to a stick man in a family tree. 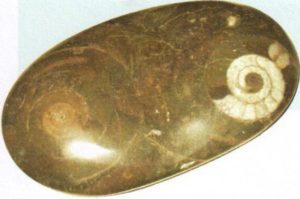 Josie: The snail in the stone  ( Josie spent a lot of days watching other children and listening to their stories. When she eventually agreed to tell one all the other children listened intently to her. She really captured the drama of the poor baby snail stuck in the stone and the children hung on her every word waiting to see if the snail would be ok)

Millie: Snakey Jake (Millie’s Grandad loves cowboy films. They visit him every Sunday and Millie’s mum cooks Sunday dinner. After lunch, Millie watches Westerns with him and the cowgirl play dominated her pretend play outside. She was absolutely delighted when I found a suitable hat and brought in cowgirl boots for the dressing up trolley!)